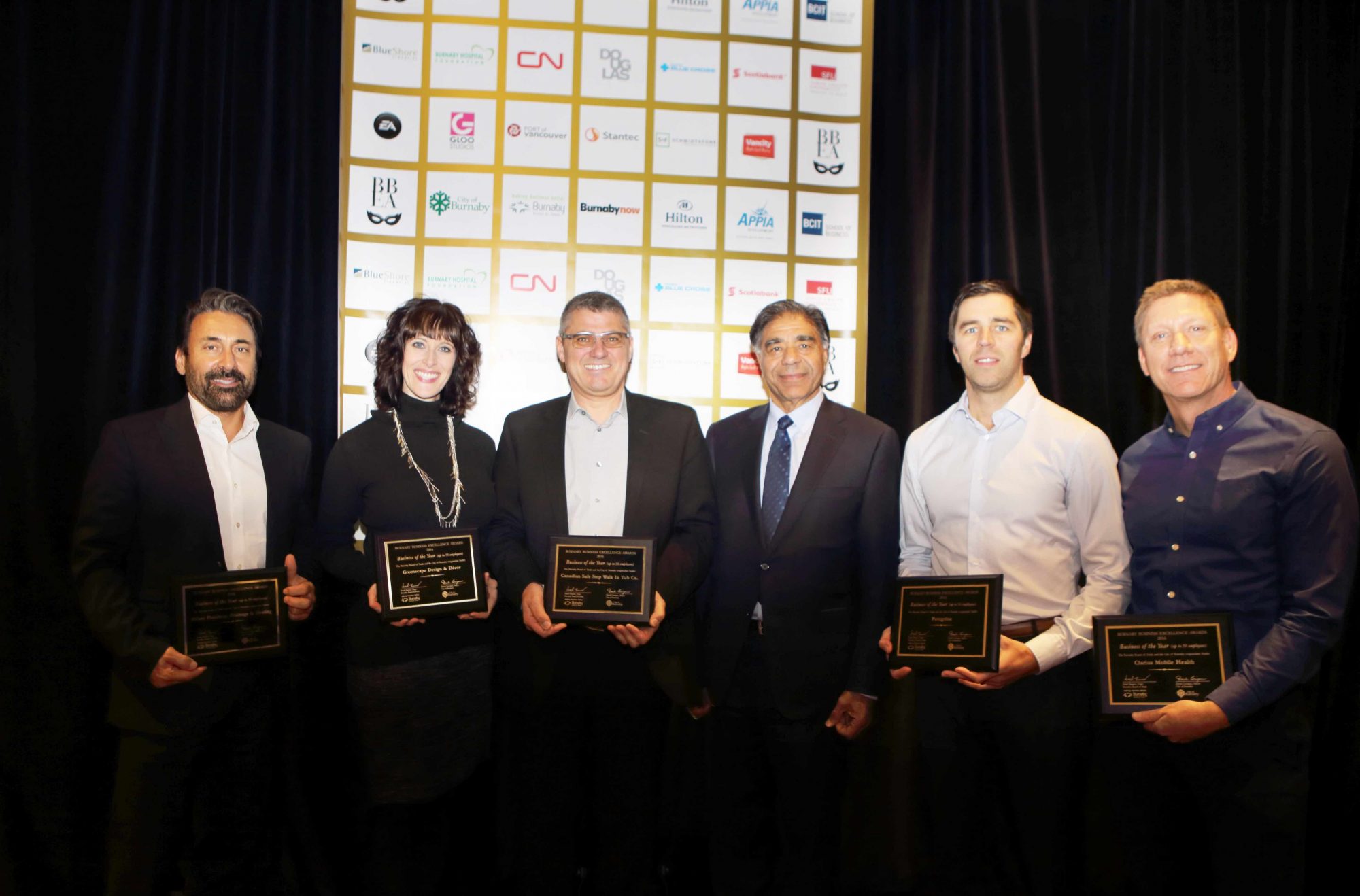 Posted at 23:07h in Awards and Tradeshows by sarah

Being recognized by our peers and community has always been a cornerstone of success for Greenscape, and this past month is no different. We were honoured to be advised by the Burnaby Board of Trade that we were nominated for the?Burnaby Business Excellence Awards?and invited to submit formally to be considered as a finalist.

The Burnaby Business Excellence awards is an award initiative of the Burnaby Board of Trade and the City of Burnaby which honours and celebrates businesses, entrepreneurs and not-for-profit organizations for their contributions to the local economy and community.

Now in its 17th year, the BBEAs represent the highest business honour in Burnaby and the BBEA events, culminating in the annual awards gala, are the top business events in the city.

At the end of October, the Greenscape Sales & Design?team?attended the Burnaby Business Hall of Fame induction event, where?Beedie Development Group?was inducted in the Hall of Fame. Established in 2003, the?Burnaby Business Hall of Fame?is the top business honour in Burnaby and honours?widely-recognized, Burnaby-based businesses that have demonstrated outstanding business success over many years and have had a positive and significant impact on the community.

In addition to the Hall of Fame induction, all finalists for all BBEA categories were announced. Greenscape was?announced as a finalist for Business of the Year (up to 50 employees)! This category award is for a business that has made an outstanding contribution in the combined areas of business success, innovation and community service. We got a shiny new plaque and photos, the works!

All of the winners were announced on November 3, we were in fine form at the Burnaby Business Excellence Awards Masquerade Gala at the Hilton Vancouver Metrotown Hotel. Canadian Safe Step Walk-In Tub Company took home the award in the Business of the Year (up to 50 employees category), but we were thrilled to be a finalist as one of Burnaby?s top small businesses. You can see all of this year?s award winners?here.

Next year we?re coming for the big prize, watch us grow! See photos from the masquerade gala?here.