How to Care for Preserved Moss Walls 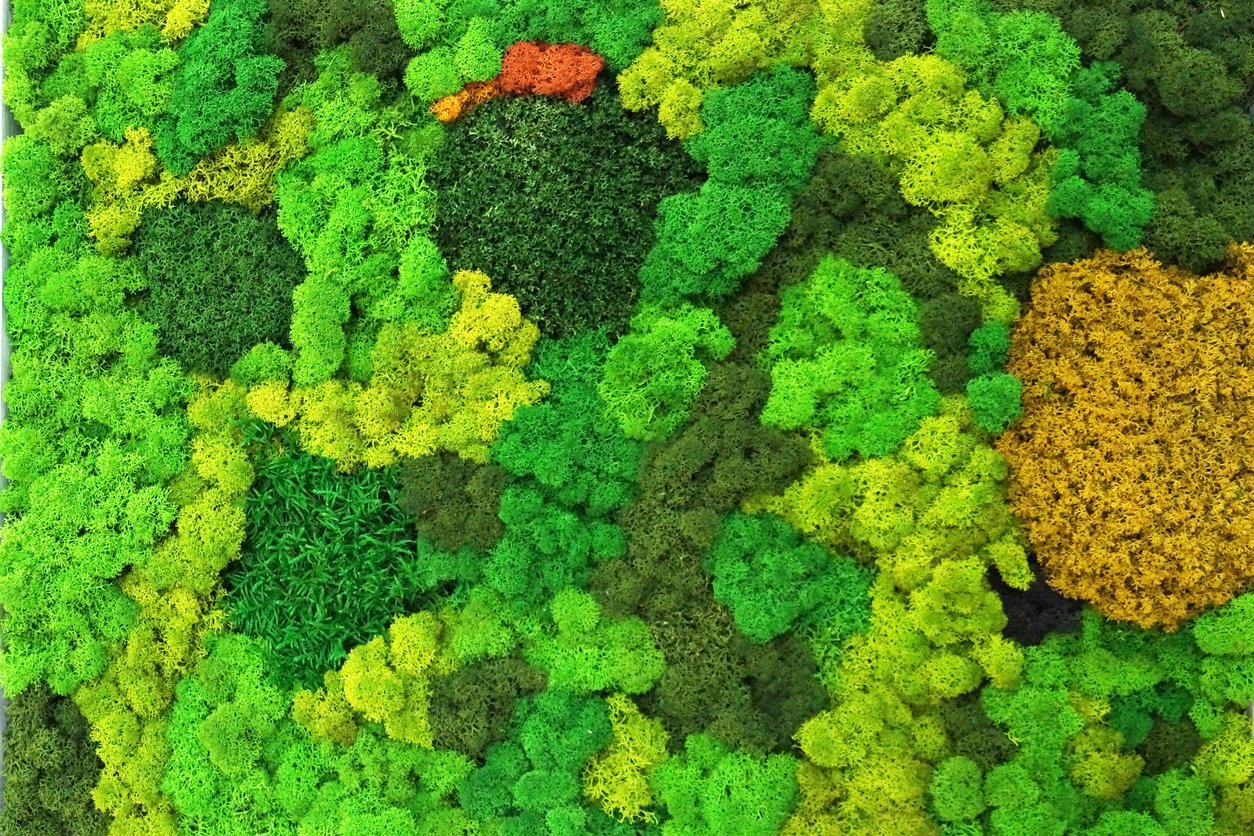 07 Feb How to Care for Preserved Moss Walls

Posted at 17:20h in Trees, Greenery and Design by BallisticArts 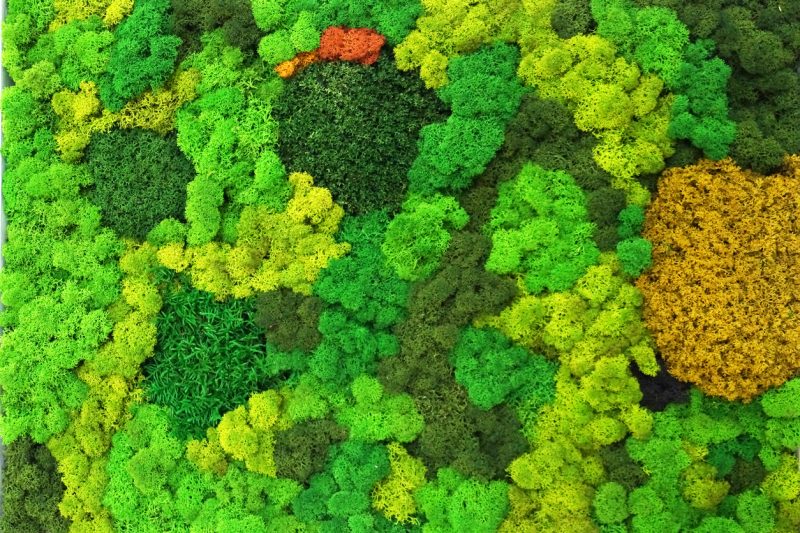 Greenery in décor has reemerged as a popular design choice.  When you think of plant usage, you may simply think of the traditional potted houseplant or the ficus tree. Plants have long been accessories in a variety of locations. They often occupy a small space within the room. However, greenery can also be a more central design element.

If you want to make a big statement, you might consider a moss wall. A moss wall is exactly what it sounds like it is—a wall made of moss. The wall may be made entirely of moss, or only certain sections may be moss. Creating a moss wall gives you a unique, decorative conversation piece in your space.

What Is Preserved Moss? 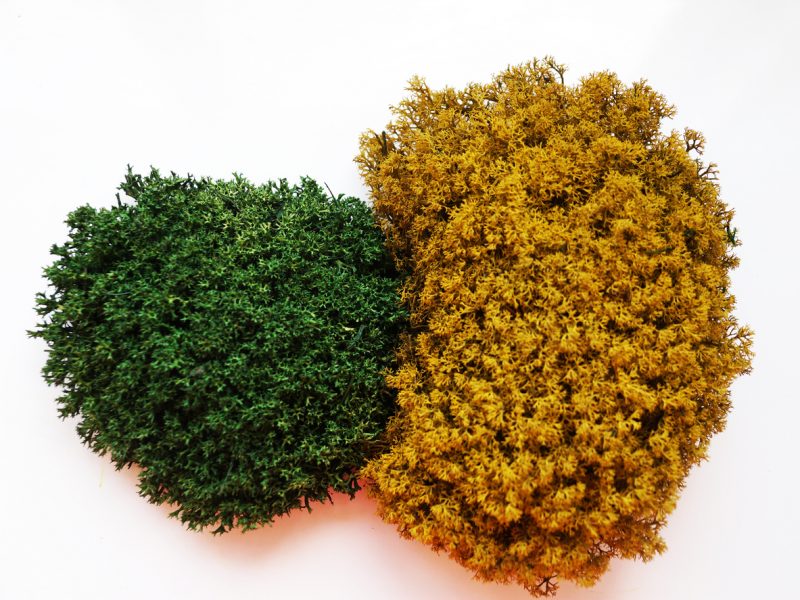 Preserved moss is real moss that has been treated to keep its characteristics for a long time, with lower maintenance. Real moss that is no longer alive is treated with an eco-friendly glycerin mixture to preserve its spongy texture. Preserved moss looks like living moss (unless you choose to dye it a different colour), and it feels like living moss.

Preserved moss can be used in decorative applications just as living moss or artificial moss can. It can be used on full walls or sections of walls. Preserved moss walls can last longer than living walls due to the preservation process.

Preserved moss can be shaped into decorative pieces instead of used to cover a full wall. The preservation process makes it durable enough to be dyed to match your décor and still last for years. The moss makes a beautiful artistic statement, whether it’s a small piece or an entire wall. Once they are installed, you need to know exactly how to maintain the life-like art.

The Basics of Caring for Preserved Moss Walls

Maintaining preserved moss walls is surprisingly simple. There is no need to water the moss. It also doesn’t need sunlight. As a matter of fact, too much sun can cause fading of the moss.

Some living walls require fertilizer. That’s not a consideration for preserved moss walls. Preserved moss doesn’t grow, so it doesn’t need the nutrition provided by fertilizer.

The installation of preserved moss walls doesn’t require an irrigation system like the typical living wall needs. Once it’s installed, all you have to do is enjoy the beauty of the wall.

The Benefits of a Moss Wall 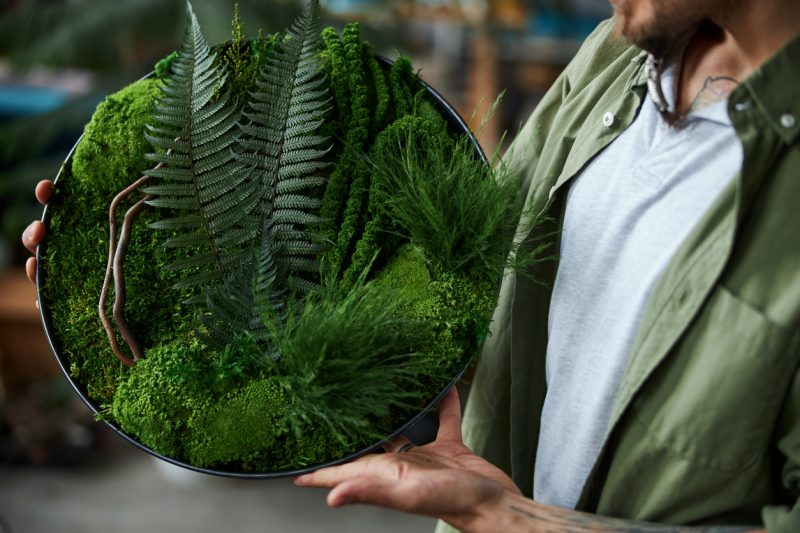 Moss walls are more than just a decorative element. Moss, even preserved moss, helps to purify the air by absorbing carbon dioxide from the atmosphere. The moss also cleans other pollutants from the air. The pollutants are used by the moss to keep it green.

Moss helps to regulate the level of humidity in a room. It can absorb excess moisture when necessary or it can release moisture into air that is too dry. Keeping a stable humidity level helps keep bacteria and viruses from growing in your space.

Overstimulation is common in this world of constant movement. Preserved moss walls provide calming atmosphere for all of the senses. The soft, touchable surface and subtle earthy scent is a beneficial sensory experience.

Preserved moss walls help to purify the air in the space where they’re installed. The moss keeps the air from being too moist or too dry. It provides appropriate stimuli for all five senses.

Preserved moss maintains its beautiful appearance for several years without tremendous effort from you. It doesn’t require watering, fertilizer, or even particular sun conditions. Installation is simple and, once installed, you simply enjoy the way it looks.

Whether you want a small piece of artwork or an entire accent wall, preserved moss is a trendy medium to use. Like live moss, it is lush and green. Adding a preserved moss wall to your space provides you with an artistic focal point.